A quote from Pope Benedict XVI, from his book Jesus of Nazareth:The Infancy Narratives.

"Pope Benedict XVI has revealed in the third installment of his trilogy, dedicated to the life of Christ, that Jesus may have been born earlier than previously thought. The calendar we use today, which commences with the birth of Christ and was created by a Dionysius Exiguus, a 6th century monk, may be mistaken. According to the Telegraph, the Pope explains in his book that Exiguus, who is considered the inventor of the Christian calendar, “made a mistake in his calculations by several years. The actual date of Jesus’ birth was several years before.” The suggestion that Jesus wasn’t actually born on Dec. 25 has been tirelessly debated by theologians, historians and spiritual leaders, but what makes this case different is that now the leader of the Catholic Church is the one asking the questions.

How does the song go? "The weather outside is frightful but the fire is so delightful," this is an example of the songs of christmas. Its interesting to note that most of these songs are not spiritual but entertaining. Additionally, they almost always refer to winter, images of winter, santa claus, reindeer, and elves. How does any of this have anything to do with Yahshua Messiah?

We will explain the deception of christmas by starting off with a few verses from Yirmyah (Jeremiah) 10:3-4 "For the customs of the people are vain: for one cutteth a tree out of the forest, the work of the hands of the workman, with the axe. They deck it with silver, and with gold; they fasten it with nails and with hammers, that it move not".

We notice here that the practices and customs of christmas were around during Yirmyah's time and before that. Christmas has become the the world's most celebrated holiday. Each year the excitement and hype comes around a bit earlier, very quietly, until almost everyone is caught up in the excitement and the so called "holiday spirit". However, there is not peace and earth and goodwill to all men. Recent statistics show that shoplifting increases between October and December. Additionally, murders and suicides increase during the christmas season.

Have you ever asked yourself why you spend yourself into debt? Where does santa claus fit into all of this? What about the christmas tree, mistle toe, fruit cake, and gift giving, stockings, egg nogg and all the other trappings? How does one reconcile all of these things and make a connection to Yahshua?

When many people are confronted with the realities and facts and they see it, the next response will be what is wrong with it, our intentions are good. Well if there was not a Creator in Heaven then it would be just fine, but there is One and it is commanded that man should worship no other mighty one except Yahweh. You can not do both.

The word "Christmas" derives from the old English "Cristes Masse" a Catholic mass that grew out of a feast day established in the year 1038. A mass is a prayer for a dead person. How can this be applied to the Messiah? The answer to this can be found in the Encyclopedia Americana, 1942 edition, volume 6, page 623... "Christmas was according to most authorities.

Why didn't the early assemblies celebrate Christmas? Why is it a heathen celebration? It all began in ancient humanity in Babylon, where all pagan worship originated. The founder of the Babylonian system was Nimrod the grandson of Ham , one of Noah's three sons. Nimrod's name in Hebrew means "rebelled". He built the wicked city of Nineveh, while his father Cush was responsible for the tower of Babel in opposition to Yahweh. ( The Two Babylons; Alexander Hislop, pg. 26)

Because of the peoples rebellion and wickedness, Yahweh confounded the one-world language at Babel and the masses scattered in confusion. Nimrod shortly afterwards, set up his own kingdom based on one man ruled governments and worship of himself. An entire pagan religious  system grew out of worshipping Nimrod. Gradually, through trade, the influence of Babylon spread to other nations, as they incorporated its government and religious system. Genesis 10:9 reads ; "Nimrod was a mighty hunter before Yahweh".  The word here "before" means "in defiance of". Nimrod was so reprehensible, ancient writings say, that his own mother Semiramis bore him a child.

Its important to understand that Nimrod and Semiramis were worshipped as gods/mighty ones, worship of Nimrod was called moloh, also known as molech. Moloh or Molech worship required the sacrifice of babies being thrown into a fire. The burning of the "Yule Log" during the celebration of christmas represents this ritual. Yahweh warned the people of Yisra'el about this abominable practice. "And thou shalt not let any of thy seed pass through the fire to Molech" Leviticus 18:21. 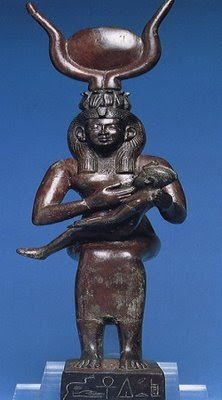 This cult spread throughout the known world is now the predominant belief in the known world of today. Northern Europeans worshiped the same gods from ancient Babylon, but by the name Odin, who was the equivalent of Sol (Baal). The evergreen fir tree was sacred to Odin, and people decorated it during the festival of Saturnalia. Legend has it that Odin would bestow yuletide gifts to those who approached the sacred fir tree on Brumalia. So we see that the giving of gifts during the christmas time existed long before Rome arbitrarily chose 25, December as the birthdate of Yahshua.

Mind you, you can give gifts to someone it is your right. However, it strange that one wuould choose to do it on 25, December to perpetuate the ancient customs of Brumalia. The questions is; what part of Christmas did you think up? Why are you doing something all your life that is not found in scripture, a practice that someone else created.

What about the spherical balls hung on the tree that represent the sun? What about the silver and gold tinsel strung on the tree? Where did the mistletoe come from? It is from ancient Babylon, Rome, northern European pagan practices, and from the Druids of England and Ireland. The mistletoe is believed to give magical powers to the pagan practitioners on 25, December.

Amazingly, when the Spanish conquerers invaded central America, they had to do very little to indoctrinate the indigenous people to their practices. They were surprised to see that the people already observed Saturnalia and Brumalia at the winter solstice, and already recognized the madonna and child, which represented Semiramis and Nimrod on Brumalia. The people also kept a forty day fast in the spring (weeping for Tammuz) leading up to the Spring fertility festival at the Spring equinox festival in honor of Semiramis.

Another belief that is wrapped up in christmas is Mithraism. This was a cult in the Roman empire that was reserved for men only, it was considred a soldiers religion. According to the Catholic Encyclopedia; "The origin of the cult of Mithra dates from the time that the Hindus and Persians still formed one people, for the god Mithra appears in the religion and the sacred books, i.e. in the Vedas and in the Avesta" The connection with Mithraism and christmas is highlighted in the book Mystery Religions in The Ancient World. It was believed that Mithra was "the creator and orderer of the universe" hence a manifestation of the crative Logos or Word. It was believed that he incarnated himself on the earth and then returned to heaven once he spent time with his disciples. He will return to the earth to judge the wicked and lead his people through the road of fire to heaven, and he was born on 25, December. Obviously the similarities to the Mithra and the Messiah are striking but again the overall worship of Mithra and its practices do not line up with scripture.

Ultimately, christmas are man made overlays to the ancient Babylonian practices forbidden by Yahweh in the Scriptures. Though its not important to us, all evidence points to Yahshua being born in the fall sometime during the Feast of Tabernacles.

Christmas is not just a pagan festival, its also a time of great wealth for the world economic system. It is estimated that Americans will spend around 600 billion dollars on christmas this Roman year 2014. That is more than the GDP of some countries. All to and for a false Messiah.

Yahweh's instructs man to return to Him, to keep His statutes commandments and precepts. To come out and be seperate of the ways of the world. "Thou shalt have no other mighty ones before me" Shemoth (Exodus) 20:3. Man is not permitted or mandated to celebrate, to keep, or to set up any other Holy days not given by Yahweh. It is sin. Celebration of christmas is sin and is not acceptable before Yahweh.